Hello Space is a small game or rather rendering tech demo I created with a fellow student in a pratical course in university. It is a two-player split-screen space shooter, written from scratch in C++ and OpenGL.

As the final project of this course, we had to implement one graphics programming topic. My contribution was the particle system, which is completely computed on the GPU. This is used for propulsion fire, rocket fire and explosions. The initial parameters of the particles are written into a compute buffer by the CPU. This buffer is then read by a compute shader on the GPU and the further simulation of the particle is completely executed on the GPU. The particles are then also drawn directly on the GPU using indirect rendering. This way several million particles can be simulated and drawn simultaneously. 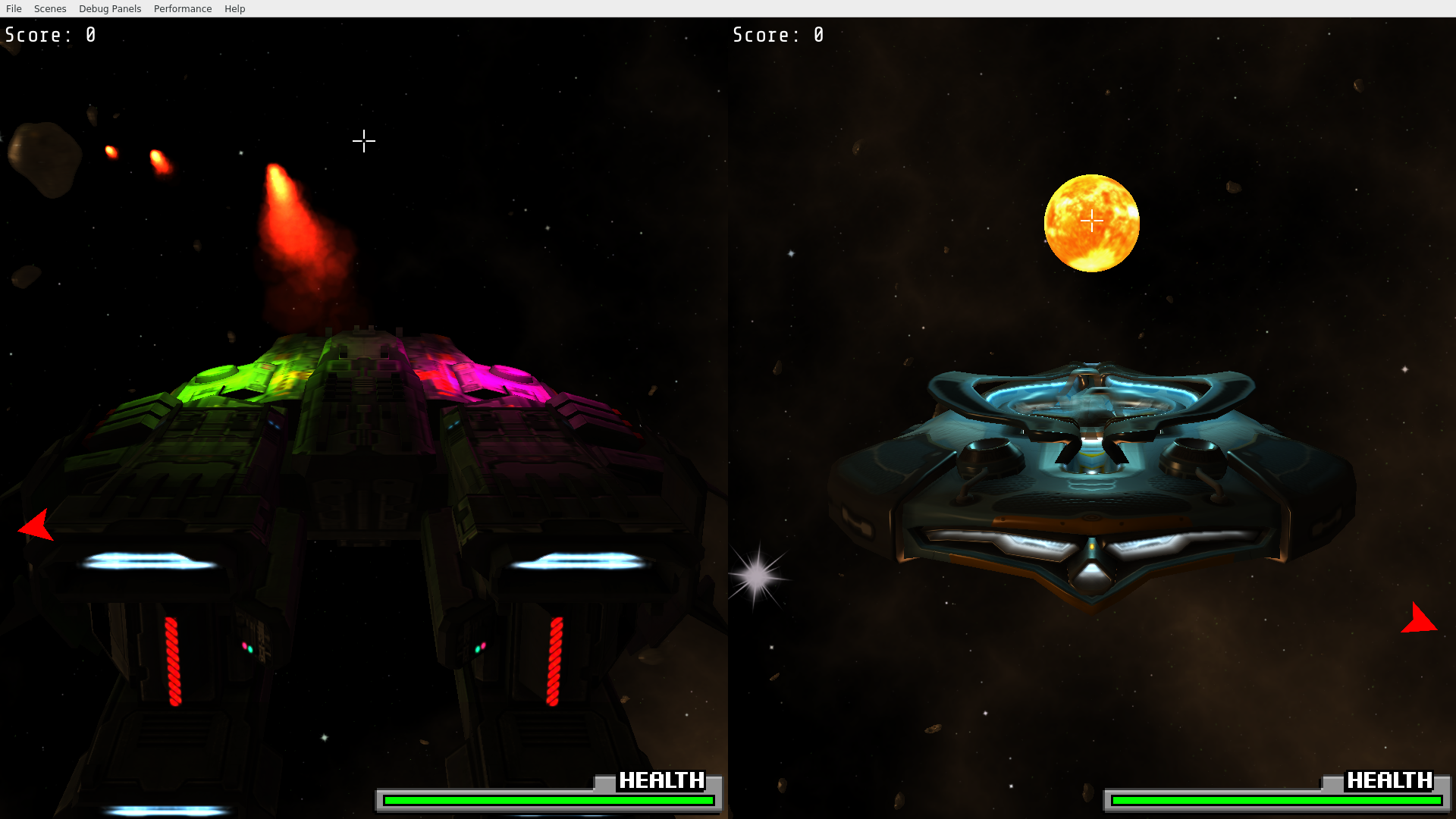